Your Guide to Medicaid for Long Term Care & Eligibility in Pennsylvania 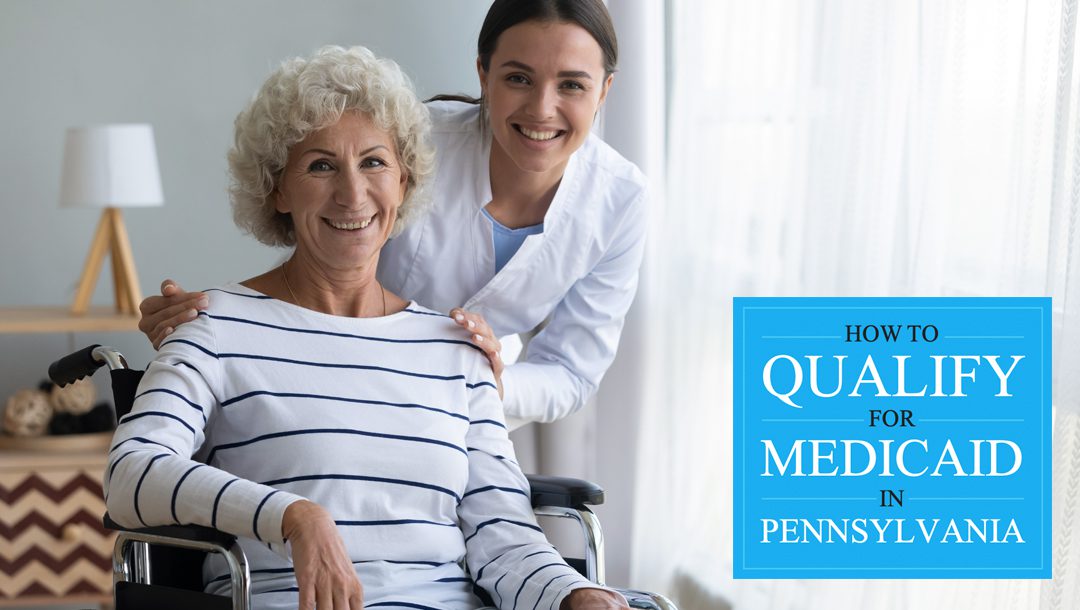 This blog is the first chapter of a series entitled “How to Qualify for Medicaid in Pennsylvania” that focuses specifically on its long-term care program. Qualifying for Medicaid can be complicated and time-consuming, but this guide significantly simplifies the process. If you would like to receive a free copy of the complete guide click here.

Medicaid is a federal program that helps pay medical costs for those who qualify. State governments administer the program, so some of the rules vary from state to state. Medicaid provides a number of programs for different recipients, including health care coverage for children and pregnant women. This series focuses only on Medicaid’s program for long-term care. Most long-term care recipients reside in a nursing home, but a few get care at home under the “waiver” program discussed later in this series. People sometimes confuse Medicaid with Medicare, which is a health insurance program for those receiving Social Security benefits. The two programs are not the same, though their names sound similar, leading to the occasional confusion.

Just remember that you may hear the program referred to as “medical assistance.” It’s the same program regardless of the term used to describe it.

Once a person qualifies, Medicaid for long-term care pays for the person’s care in a nursing home (or at home under a “waiver” program). The recipient must turn over his or her income to help pay for care, less certain deductions that will be explained in this series. If the recipient is married, the spouse at home may keep some of the couple’s assets and may receive some of the recipient’s income after qualification. For now, just keep in mind that this is the end result.

An applicant for Medicaid benefits must meet the following eligibility requirements: